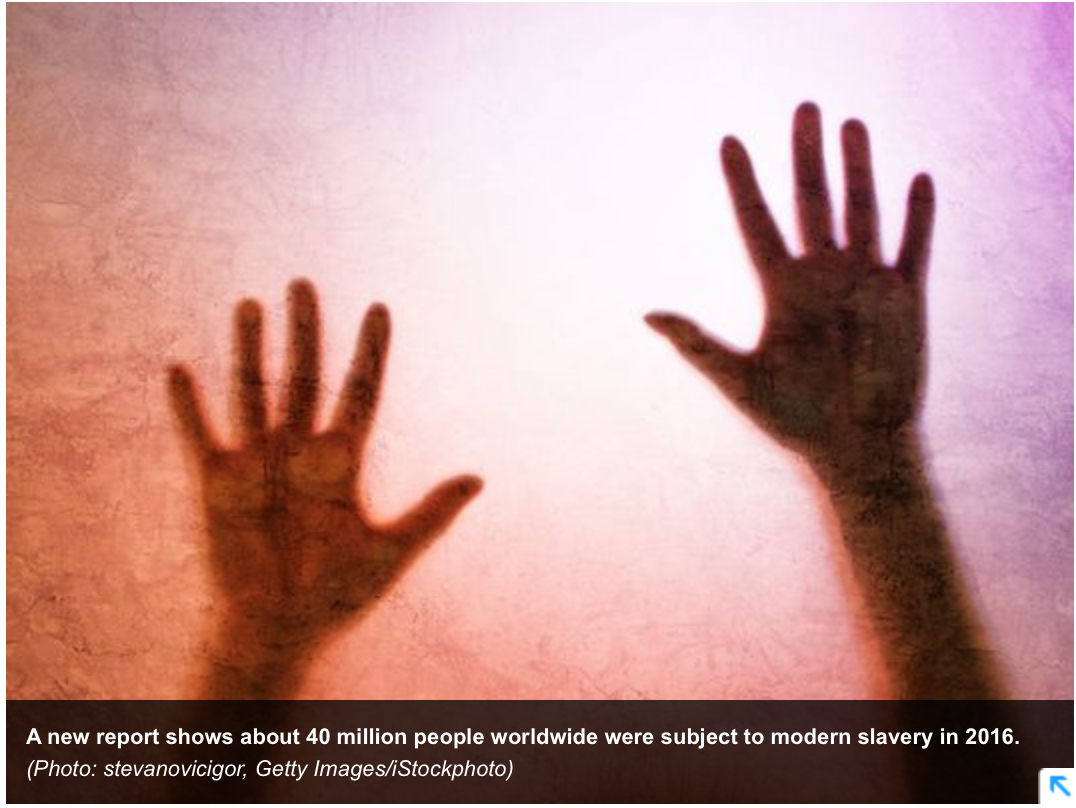 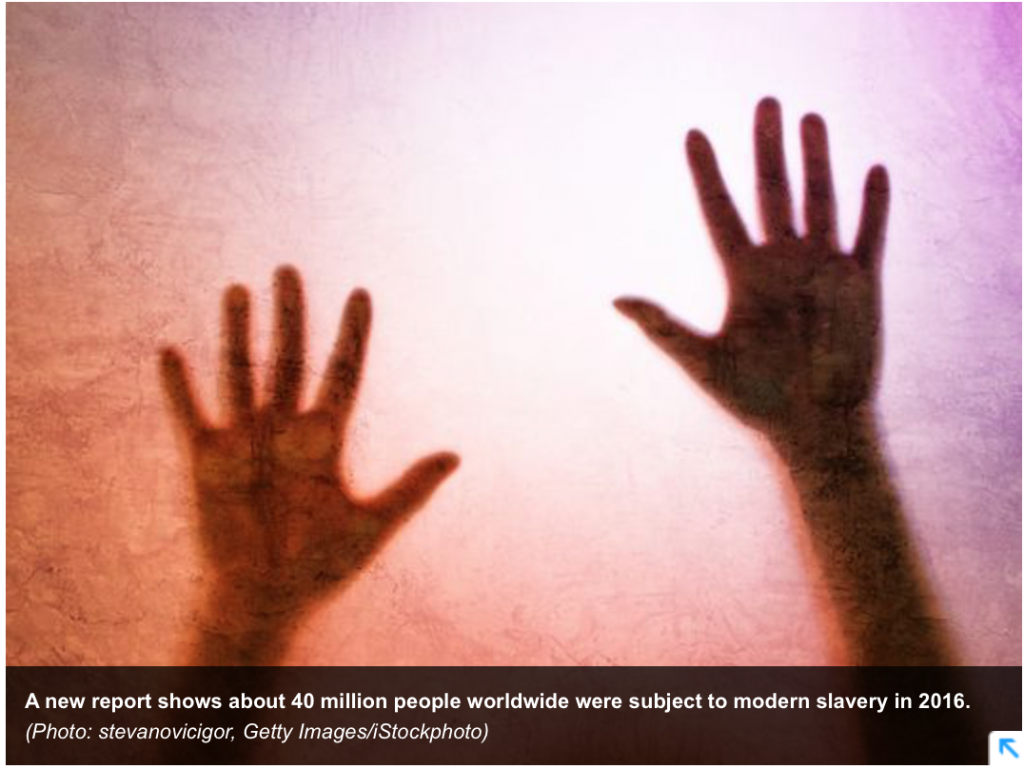 A new report released today by the United Nations states that there were 40 Million people trapped in slavery in 2016. 71% of these are women and girls. Read the article here.

600,000 thousand of these are in the USA alone, we must work together to end this abomination. YOU can do something.  We support the KCJusticeProject which educates how to recognize victims, and works with the FBI to prevent Human Trafficking. To learn more donate here.

You can watch the founder’s TEDX talk below.